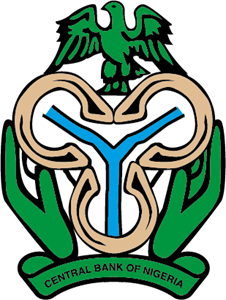 This was through the 2020 best farmers’ award, with Mr Dabu Haji (fish farmer) emerging the overall winner, while the first runner up was Mr Samson Gariwani (poultry farmer).

Mr Yusuf Daniya, the CBN Controller, Jos Branch said that the Best Farmers of the Year Award under ACGSF was introduced in the 1980s to encourage farmers that borrowed under the scheme kept good records and repaid the loans as and when due.

Daniya said that the awards was in recognition of selected farmers that borrowed under the scheme, who adopted best agronomic practices to achieve good yield, kept good records and repaid their loans as supposed.

The branch controller, however, said that ACGSF awards stopped for a time.

“Following the ACGSF Board resolution to resuscitate the ACGSF Farmers Award Programme, approval was granted to re-commence it in 2020 at both the state and national levels.

“The award encourages competition and also motivates borrowers to repay their loans on or before the due date.

“The Plateau selection committee comprising key stakeholders was set up to select the best farmers under the scheme in the state and nominations were received from all the Participating Financial Institutions (PFls).

“At the end of the exercise, three awardees were selected.

“Others are loan repayment, record keeping, change in output, and change in revenue among others,” he explained.

Mrs Helen Temtseen, the Head of Development Finance, CBN Jos, said that the event was to honour three farmers out of the 2,187 farmers that borrowed under the scheme in 2020.

“The sole objective of today’s ceremony is not just to celebrate these winners, but to encourage the general public to get involved in the programme.

“We urge other banks, especially microfinance banks to key in and provide opportunities to our rural farmers to benefit from the scheme.

“It is disheartening to note that out of the 13 deposit money banks operating on the Plateau, only three participated in the ACGSF in the past, and now even those three are no longer participating.

READ ALSO: See what Nigeria wants to do about donkey business in Nigeria

“Also, out of the 14 microfinance banks operating on the Plateau, only six have participated in the scheme.

“This is not good enough, considering the benefits that accrue to the banks, to the farmers and the economy at large,’’ she said.

Dr Hosea Finangwai, the Plateau Commissioner for Agriculture in a goodwill message, lauded CBN for its efforts to motivate farmers to go into agriculture business.

Finangwai said that Gov. Simon Lalong was passionate about agriculture and tasked him (commissioner) to ensure that agriculture thrived in the state.

Mr Dabu Haji, the winner of the 2020 awards, a fish farmer from Bassa Local Government commended the bank for giving them the loans to invest in their farms.

Haji urged the CBN to sustain the efforts to enable more farmers access the facility to expand their farms and boost production.

2 Potential Antibiotic Alternatives for Use in Poultry Production