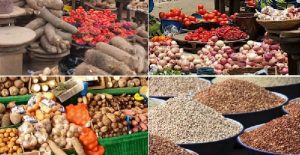 THE Director General National Biotechnology Development Agency (NABDA) Professor Abdullahi Mustapha has expressed worry over the continued importation of food and other staples into the country.

Professor Mustapha said the Agency has the capability to reverse this trend with the collaboration of over 15 agricultural research institutes in the country.

Speaking during a Media training Seminar, the NABDA boss said Nigeria has been importing food from countries that have developed its agriculture through the application of biotechnology.

“At NABDA, we have now decided, based on our mandate, to reverse the country’s heavy dependence on imported food. We cannot continue to import food and other staples when we have NABDA and over 15 agricultural research institutes that have mandates to scientifically improve their crops.

In the last decade, Nigeria has been a leading importer of maize, soya beans, rice and other finished food products. Unknown to many Nigerians, these products are coming to us from countries that have long deployed biotechnology tools such as genetic modification in their agriculture.

He, however said the role of the media in enlightening Nigerians on the importance of biotechnology in food production is very crucial.

“For us research institutes to fulfill our mandates and contribute meaningful to the nation’s quest for self-sufficiency in food production, the media must support and protect us from anti-technology lobbyists.

“You must be aware of misleading information and news circulated in the media by a group of arm-chair critics telling the people to avoid GMOs, that they can cause cancer, make humans grow horns, can kill etc.

He said no nation has been able to develop without integrating science and technology into its development agenda and that is the path Nigeria is following now. “The era of hoe and cutlass farming is over and we must adjust to current realities”, he said.

“As a nation we must be conscious of our environment. We are acknowledged as the most travelled people in the world, superstore have started establishing their chains in the country.

“All the advanced countries of the world today have been eating genetically modified foods (GMOs) for over two decades and there has not been any report of adverse impact on health or environment”, he noted.

Professor Mustapha said “already, we have two crops that have been commercialized through partnership efforts and are already part of the Nigerian seed system. Neither America nor United Kingdom will come here to address challenges facing our cotton or cassava or beans for us, we have to do it ourselves.