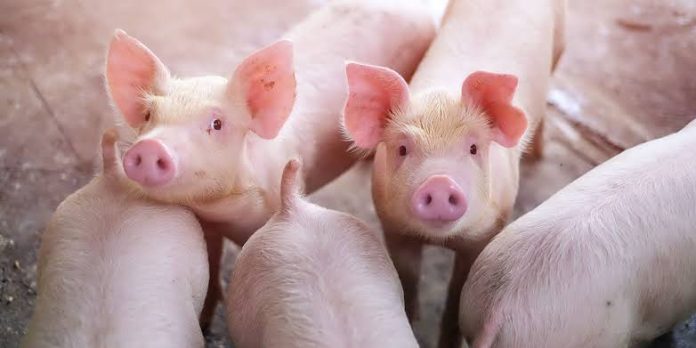 The gilt should be evaluated for its potential to improve herd genetics, reproduction and profitability. The optimal selection criteria for achieving these goals through the replacement gilt, however, involves visual appraisal of the female for proper structure and conformation, carcass composition, body condition, number of teats, their structure and placement, and measures of reproductive, growth, and carcass traits through records of both the sire, dam, and relatives.

This methodology obviously involves final selection when the animal is approaching the time of sexual maturation. Yet, recent information indicates that initial selection of potential replacement females may take place much earlier. In fact since most breedings for replacement females are pre-planned, the potential reproductive and performance traits of the gilt may already be estimated from histories of relatives, and in fact, selection of the replacement gilt can actually begin very early, once the female is weaned.

Early pubertal age is important for minimizing the costs associated with rearing and breeding replacement gilts. Gilts that express estrus sooner after birth, can be mated at a time when they are physiologically more mature when compared to later developing gilts.

More of the early puberty gilts will express estrus in the replacement pool, and these will tend to be heavier at chronological age of 1st estrus, release more eggs at 2nd and 3rd estrus, experience one or more full estrous cycles prior to breeding, and remain in the herd for a greater number of parities, all of which collectively allow more females to conceive, farrow and produce more lifetime pigs per sow.

The size of the gilt pool is an important management consideration. The pool should be optimized to allow for sufficient boar exposure during development, allow for ease and efficient checks for estrus, and require the least amount of animals and space for efficient estrous detection.

The size of the pool is also dictated by what percentage of the gilts cycle within a defined period, indicating degree of estrous synchrony. In any given gilt pool, once the average maturational age has been reached and exceeded by approximately 2 weeks, over half of the gilts in a pool should be cycling within a period of 10 days. Expecting that a gilt’s estrus will occur within a given period of time is necessary for allowing precision culling and rebreeding to occur within the established breeding groups. This will also prevent keeping sows which have not met minimum production criteria.

READ ALSO: GENERAL METHODS OF PREVENTION AND CONTROL OF LIVESTOCK DISEASES AND PEST

The ovulation rate, or number of eggs ovulated at estrus is the first factor that limits potential litter size. Ovulation is a moderately heritable trait and is influenced by breed, amount of energy prior to estrus, and physiological maturity. “Flushing”, or increasing the amount of energy in the last 10 days prior to estrus in gilts, has been shown to increase the number of eggs ovulated by 2 to 4, compared to those gilts not fed the extra energy. This increase usually involves a doubling of feed allowance in the 10 days before next expected heat.

It is also noted that in animals that show early puberty, ovulation rate increases from 2 to 4 eggs with each estrous cycle after pubertal estrus. Collectively, these can all increase the potential of the replacement gilt to produce a larger 1st litter size.

Whether as a measure of past performance or future potential, gilts should be evaluated for their 1st litter size as an indicator of lifetime performance. The animals with larger litters have been shown to have lower rates of embryonic loss and would also theoretically tend to maintain higher pregnancy rates. In addition, gilt longevity will be important for recouping the costs of lowered gilt productivity compared to older sows, and for recouping the initial investment costs for the gilt itself.