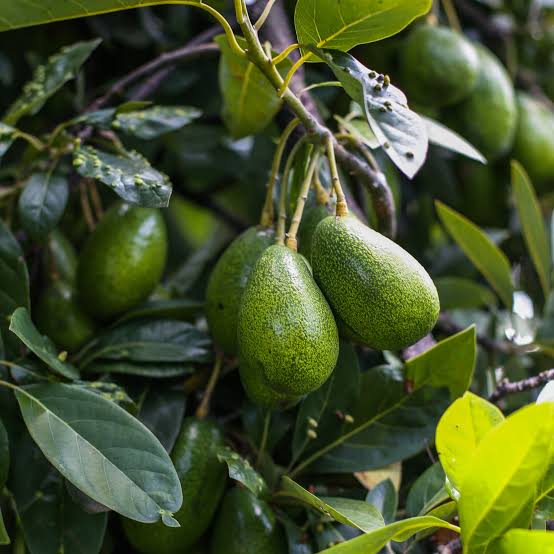 This, they said, could open more investment opportunities for them and attract high returns to the youth who had no previous interest in agriculture.

In Nigeria, avocado is planted to some extent by some farmers but productivity is mostly low.

Nigeria is blessed with a vast number of agricultural commodities, some of which have not been given adequate national attention in terms of promoting their industrial utilisation.

And government’s efforts to boost agricultural production and productivity through enhancing market linkages and access to e-extension technology are mostly directed towards development of commodities, such as cocoa, rice, maize etc with little or no emphasis on under-utilised plant species, such as avocado.

Among all fruits, only olive (oleo europa) and oil palm fruit (elaeisguineensis) can rival avocado oil in content.

Avocado, commonly referred to as African pear (dacryodes edulis), is a wellknown plant in West Africa.

According to the Raw Material Research Development Council (RMRDC), studies carried out in Nigeria have shown that the development of avocado has the potential of generating about N50billion on annual basis, in addition to enhancing job creation and establishment of new processing industries.

Its industrial processing, according to the director-general of the Council, Professor Hussaini Doko Ibrahim, has capacity for promoting the development of the food and beverages, pharmaceutical and cosmetic industries in the country.

He said avocado was mostly found in forests, farmlands and homesteads in Nigeria. It predominantly grows in the southern and central parts of Nigeria. The distribution, in terms of abundance, is closely related to vegetation conditions, with the rainforest having the most abundant distribution.

The plant grows in-situ in Imo, Abia, Anambra, Enugu, Ebonyi, Edo, Akwa-Ibom, Delta, and Cross River States. Although marketed to a reasonable extent, avocado is less abundant in Lagos, Ogun, Ondo, Bayelsa, Taraba and Rivers states when compared with the states indicated above.

In most of the central parts of the country, such as in Kwara, Kogi, Benue, Niger and Nasarawa states, it occurs occasionally. It is also found to a less extent in Plateau and Kaduna states, a document from the RMRDC indicates.

Why Nigeria should pay attention to avocado

Global trade in avocado is on the increase. The main players in the export market are Israel, Mexico, South Africa, USA and Chile, while the main importers of the fruit include Belgium, France, The Netherlands, Sweden, Switzerland, the United Kingdom, Germany, Spain, and in America the USA, Canada and Japan, with growing countries making considerable returns from the crop.

In sub-Saharan Africa, Kenya is a major avocado producer, with an estimated annual production of 180,000 tonnes in 2019. Each year, more than 1,000 containers are shipped to Europe, Middle East, Russia and Asia. Kenya has about 8,000ha of land under the crop.

Among the incentives that assisted in the development of avocado farming in Kenya are increased interest and investment in the sector by the government, contract farming and replacement of old trees with improved varieties. The major factors driving the increase globally, however, are the oil content, nutritional and medicinal values.

Why Nigerian farmers don’t have much interest in the crop

According to Malam Yunus Isah, a retired agriculturist, despite its increasing popularity, avocado development faces some issues in Nigeria.

He said avocado trees were much more expensive to establish than most other fruits. This, according to him, makes it hard for non-wealthy farmers to invest in large land areas.

‘’Before 2012, even in developed economies, only rich farmers were involved in large scale farming because it was costlier and viewed as an investment,’’ he said.

But the RMRDC boss, Professor H. D Ibrahim, insisted that the crop could be an opportunity to help the younger entrepreneurs in Nigeria to work in agriculture since it is knowledge-intensive and can open investment opportunities and high returns to the youth who had no previous interest in agriculture.

To this end, he said the RMRDC had made avocado development one of the strategic projects in boosting the development of agricultural commodities for industrial use programme.

Through this project, he said the Council was collaborating with some agricultural research outfits and private sector operatives to carry out productivity improvement trials on local avocado varieties.

READ ALSO: What can be done to prevent histomoniasis in turkeys?

“The Council has also concluded arrangements for the development of the internationally recognised HASS variety from Mexico and California in the United States of America for locational and adaptation trials in the country.

“The Council’s field trials of the local varieties have shown that productivity can be greatly improved on under famers’ condition in the southern part of the country,’’ he said.

According to him, the Council has completed arrangements with farmers that are interested in large-scale farming of avocado in Nigeria, and that more than eight farmers who have indicated interest are working with experts on assessing their farms for plantations to be established.

This initiative, when fully completed, he said, would save the country more than N50bn in foreign exchange equivalent, apart from its wealth and job creation potentials.