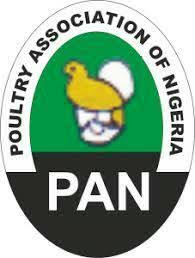 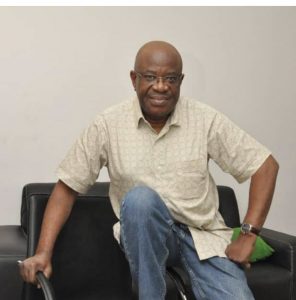 What is your take on Maize FX Ban and its Impact on the Poultry Industry?

Onallo Akpa: I must say, it is biting very hard, even harder than anything we could imagine in the poultry industry. I have been in the poultry industry for over thirty years and I have never seen this type of situation whereby the price of maize will increase over 100% within the period of two three months, where the price of soya will increase over 120%. It is really biting hard.

The summary of how hard it is biting is that most of the poultry farms are closing down. For those that have not closed down, their cost of production is very high which also result in the increase in the price of the end products, egg and chicken to the point that most Nigerians because of their purchasing power are not able to buy most of these products. Not because they don’t want the product but because the price is unaffordable to them. And I won’t blame the farmers because even the farmers are not making profits.

This is the situation we have found ourselves. The situation is so bad that the price of maize and soya are still on the increase. The effect is so negative that most poultry farmers are closing down their farms. So the incentives for going into the poultry business is not there. And if it is not there for the local investors then how do you bring the foreign investors into the industry?

When there is a new policy, there will always be an issue of price increase, how cab we work together the poultry industry and the maize industry to make it a win-win for each other?

Onallo Akpa: I believe policy should have a human face because it is men that create policy and it is men that the policy will affect. So if the policy is affecting you to the point that you now become a dumping ground, to the extent that what you are trying to achieve you are also losing it woefully on the other side, you also need to look at the policy.

Restricting the FX for maize and soya, to me is to encourage local production which is good for all of us. But on the other side like I used to tell people, it is not only the poultry industry that is being affected, the human nutrition is also greatly impacted even more than the poultry industry. Even if poultry industry could shut down but what do you do with 200 million Nigerians of which 75% of them depend on grains as their staple food, especially in the northern Nigeria, which is a very big challenge.

The effect is not being felt the way it should be now because we are still in the peripheral of harvest and people can still lay their hands on the residue from their farms. But if we should push it to the month of March, April, May or June then the effect will even be felt on the family nutrition even more than the poultry industry.

The poultry industry could shut down yes, it is a segment of an industry but what about the human nutrition. That is my complete analysis of the whole thing. I have been in the sector for long so I should know very much when it comes to policies, I should know how these policies affect us as a nation.

That is why I tell people that we should look at this issue holistically; we should not just be saying there is maize. Where is the maize? If there is maize, then it should be a function of demand and supply, then supply the maize into the market and people will buy it. But if the demand is more than the supply, then what we are witnessing is definitely what we will be witnessing. And now people are saying there is maize that if they bring in maize they will not be able to sell. What are you selling? What you have not started producing. The wet season has not come. So when do you start clearing, planting, weeding and the crop start producing for you before it start to mature for you to start harvesting to dry it. We are talking of a value chain that will take you up to seven months.

We are placing more emphasis on maize because it takes up to 50% of the feed ingredients. What about soya which takes up to 25%. Soya is completely unavailable in this country today. Of the 900MT that is said to be produced by the soya beans association, more than 50% or more of them have been exported out of this country either in soya bean or soya meal.

What we are saying is that what we are producing is not enough for the country and the same policy says to export, export to get what. What percentage of foreign exchange does it earn you when your national food security is under threat?

So other than the government allowing us to import maize, they must go ahead and ban the exportation of soya either in soya bean or soya meal out of this country. Because the totality of an industry is been threatened and human nutrition is also been threatened.

If we are talking of the poultry industry that need annual 1.9 million MT what about other industries that uses soya, so we should be very careful. Policies from the confines of offices cannot work. They should learn from the street boys because we are on the street. Whatever we say is for the good of this country.

Let them go and get a think tank to analyze what we are saying and come out with a pragmatic and patriotic way forward for all of us.

If the government wants to shut down the poultry industry, let them shut down the poultry industry, poultry products that are being produced from other parts of the world will be brought into the country and everybody will buy. Then we will see the number of people that will go into the unemployment market. We will see how people who took money from the bank to run poultry business will pay back.

We are already experiencing financial meltdown and we will soon experience industrial agricultural melt down. We should look at it holistically and be patriotic about it. It is not maize farmer or processors making noise. At the end of the day you give money to farmer to do two hectares, the whole of America is being fed by one percent of their population. Why don’t you give money to people who can do 1000, 5000 and 10,000 hectares and then we will produce massively for the country. We should look at our policy on backward integration and look at how we will do it properly like other people of the world have done.

What is the way forward or Slong-term strategy?

Onallo Akpa: First the government should call people in the poultry industry to know the number of maize they need annually and call the maize farmers and processor and tell them I want you people to produce certain metric tons of maize. What does it takes, provide what it takes for them.

What we are practicing in Africa is still from the family farm. We are still doing subsistence farming. Give money to people who can really do the commercial farming. It is the responsibility of the government to provide food security for the people. It is also our responsibility to provide food for ourselves. Then there should be a long term plan of what we want to achieve in terms of maize supply, in terms of feed

I will tell you before the maize association and maize processors went out to say they don’t want maize import, I went round all their offices and met them and they all agreed that there is a shortfall but by the time they had meeting with some people, they said they don’t agree again.

You and i are more vulnerable because when the local people are hungry, they will pounce on me, they will pounce on you. Somebody will look at you and say you are not hungry, somebody will look at me and say I am not hungry and they don’t understand, so they think they can inflict anger on us not knowing we are also victims. So it is our collective efforts to sit down and plan things right.

What is your key message to the government and the maize association as well?

Onallo Akpa: My key message is that government should immediately ban the export of soya beans and soya meal out of this country because it is putting a stress on the supply of soya, although the production is not much but if it is not been exported out of the country then we could manage. Two, the government should graciously approve the importation of 1.5 million metric tonnes of maize with incentives of a duty waiver and 750, 000 metric tonnes of soya to salvage the poultry industry before the next harvest.

Onallo Akpa is the Director General of Poultry Association Of Nigeria