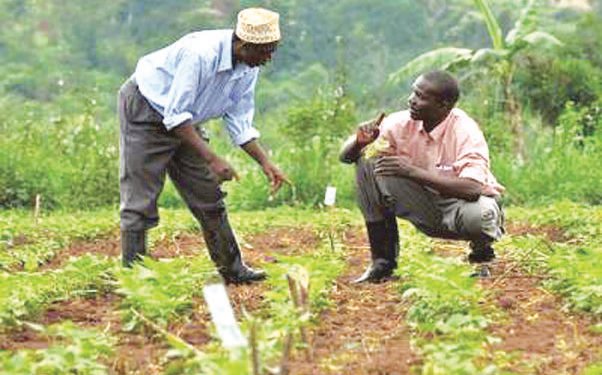 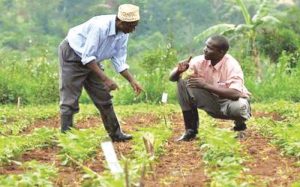 As the COVID-19 pandemic and other issues continue to drive food insecurity, the Federal Government is aiming to reach more Nigerians who rely on agriculture for their survival and livelihoods through interventions to boost local food production and nutrition.

It has focused attention on agricultural extension services. This is because agric extension plays a major role in raising productivity by helping farmers to identify problems and sharing information.

In Nigeria, they have failed to meet expectations because of poor funding and other challenges. Hence, the Federal Government and states have started training for extension workers on Good Agricultural Practices (GAP).

Extension workers are learning and acquiring skills on improved agricultural services as part of an ongoing initiative aimed at improving food production across the country. As usual, the Lagos State governmnent  is supporting the Federal Government in the campaign to strengthen agricultural extension service delivery.

Its Commissioner for Agriculture, Ms. Abisola Olusanya said if agriculture is to be modernised, farmers must have easy access to extension services in the form of knowledge transfer, guidance and advice in the application of modern technology, farm management practices and a new orientation of perceiving agriculture as a business.

At the training for extension agents in Lagos, an initiative of the Lagos State Agricultural Development Authority (LSADA) and the Federal Ministry of Agriculture and Rural Development, the commissioner said empowering extension officers would enhance farmers’ productivity.

Ms Olusanya said the training would boast the food security initiative of the state government, adding that extension officers are teachers of farmers.

The commissioner stated that extension officers had been relegated for far too long, and that this shouldn’t have been so.

READ ALSO: See the Solution Given by FG to Address Incessant Herder/Farmer Conflicts

She added: “I see the extension agents as teachers of the farmers, meaning we have to do so much more around encouraging them, motivating them to ensure that they are able to help our farmers in terms of increasing yields and enhance productivity, and that we have a more food secured Nigeria and more food secured Lagos.

“But I think that a lot needs to be done for the extension agents that we have. I honestly don’t see so much motivation. It’s not a function of saying that from a place of criticism, but it’s coming from a place of reality. During the lockdown, so much focus was put on teachers by the government to ensure that they do not suffer as schools were shut and income was not coming in.

“But our farmers and our farming communities suffered huge losses, meaning that the impact of the lockdown would have been worse on extension agents and officers. Who thought about that? It is about time that we began to move with one voice and show ourselves more in the light that we want to be seen. That narrative needs to change going forward.’’

Ms Olusanya said Lagos could not afford to continue to be dependent on other states for her food supplies, adding that it was just a matter of time before trouble broke out if anything goes wrong in the supply chain, hence the need to look inward and start growing her own food which highlights the importance of extension officers.

The Permanent Secretary, Federal Ministry of Agriculture and Rural Development, Mr. Ernest Afolabi Umakhihe, noted that the declining number of farmers and low skills have hampered the adoption of best practices and new innovations in the sector as evident in the resultant low productivity and lack of adherence to standards causing rejection of Nigerian produce aboard.

READ ALSO: How SouthWest Governors Can Entice Youth Into Farming

Represented by Lagos State Coordinator, Federal Ministry of Agriculture and Rural Development, Mrs. Olayinka Akeredolu, the Permanent Secretary said the determination of the government to revitalise agricultural extension services in Nigeria will help farmers and value chain actors to make effective use of productive forces and advances in information technology to improve the livelihoods of rural populations, create jobs and promote sustainable agricultural and socio-economic development.

He averred that the only way this could be achieved was to re-position the agricultural system through training, provision of equipment and tools as well as funding to carry out their primary mandate and responsibilities to farmers.

He noted that the factors causing the decline in the National Agricultural Extension Delivery included the decreasing number of extension agents caused by retirements, deaths and non-replacements, youth unwillingness to embrace agricultural entrepreneurship  and low  capacity of serving extension agents.

The other major reason, he added, was poor funding.

He stressed: The training of agricultural extension agents will, among other interventions, serve as a floodgate for many opportunities, such as providing them with tolls that will help them to give,not only agronomic, but also more practical services to farmers that will engender efficiency  and more income.”

Last month, the Minister of Agriculture and Rural Development, Alhaji Muhammad Sabo-Nanono, said the government would train 75,000 agricultural extension workers before the expiration of the administration.